Home Mediji Business Magazine – SAA among the best in Europe

Business Magazine – SAA among the best in Europe

Training for pilots in the SMATSA Aviation Academy lasts from one to 2.5 years and costs 40,000 euros, which is four to five times cheaper than abroad. 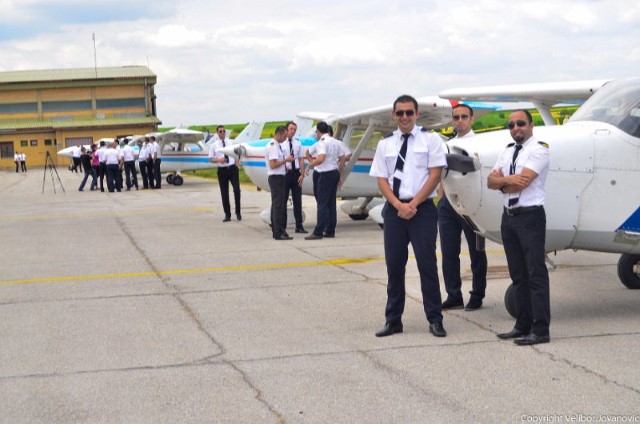 Business Magazine – SAA among the best in Europe

Training for pilots in SMATSA Aviation Academy lasts from one to 2.5 year and it costs 40,000 Euros, which is from four to five times cheaper than abroad. The percentage of successful candidates is very high, because these people decided to devote their lives to flying, while more than 2,000 applicants acquired Academy’s Diploma.

The new generation of foreign students was promoted on 28th June at SMATSA Aviation Academy in Vrsac. A group of 47 cadets from Algeria, with the help of their country and aviation company arrived in Serbia and passed the complete training for pilots; they showed their knowledge and skills at the final skill tests. The ambassadors from African and Arab countries – Palestine, Algeria, Angola, Iraq, Morocco, Tunisia, Egypt, Lebanon and the Charges d’Affaires of the Embassy of Congo attended the ceremony.

Training for pilots in SMATSA Aviation Academy lasts from one up to 2,5 years and costs 40,000 Euros, which is from four to five times cheaper than abroad. The percentage of successful cadets is very high, because it is about the people who dedicated their lives to flying, and so far over 2.000 candidates acquired the Academy’s Diploma. For the training of its candidates, SMATSA has 1,700 square kilometers of airspace available.

The Academy has its own fleet of aircraft consisting of 18 single-engine Cessna-172 and two Cessna-310 two-engine aircraft out of which eight are completely brand new Cessna-172 which were purchased last year and are equipped with latest instruments so-called “glass cockpit” technology and the most sophisticated flying equipment used for pilot training. – said Mr Slobodan Cvijan, Director of Serbia and Montenegro Air Traffic Services SMATSA llc, the owner of Vrsac Aviation Academy.

Training programs are based on years of experience in air transport pilot training. According to director Cvijan, more than 80 percent of pilots who fly for the Serbian national carrier completed their training in this Academy. Beside them, pilots from more than 30 airlines from all over the world completed training in this Academy. The Academy is one of three largest for pilot training in Europe, and the training is conducted according to programmes which are identical to those acknowledged by European Aviation Authorities.

This is an invaluable experience owing to twenty years of friendship between our countries. Conditions for training, equipment, qualified personnel at SMATSA Aviation Academy are perfect, all which we wanted to present to the ambassadors from African and Asian countries in order to establish mutual cooperation in the future – said the Ambassador from Algeria Mr Abdelkader Mesdoua, who explained that his country funded the training of the future pilots for the needs of Algerian agriculture .

Ambassador of Palestine Mohammed Halil Nabhan stressed that SMATSA Aviation Academy is highly appreciated in the countries of the diplomats here present, he also mentions that many of his countrymen, were trained in Serbia and now fly all over the world.

Satisfied with smiles on their faces, future pilots kindly chatted with ambassadors and senior representatives. They told us that their company sent them on training and specialization and when they return to Algeria, work is provided for all of them. They are satisfied with the training and staying in Vrsac from which they will take a very positive impression; a part of their time they will spend visiting other parts of Serbia. They appreciated the kindness and hospitality of their host, which they will talk about when they return to Algeria.

The Algerian group completed theoretical part of training in their country while in Vrsac they should have flown160 hours – 150 on single engine aircraft and 10 hours on twin engine Cessna 310, said their instructor Mr Ivica Jaksic. Cadets are zero beginners and need to achieve a certain number of hours on a chosen course. This is the first large group in the last ten years and he believes that this will be a good recommendation for the future generations.

With the Great Effort to Quality Training

Since the time the Academy has been taken over by Serbia and Montenegro Air Traffic Services SMATSA llc in 2010, great changes took place. Subsequently, the reorganization and hiring of new staff and fleet, restoration of infrastructure at Vrsac airport and further training of flight instructors took place. We got a large group of candidates from Algeria, while a significant step in this year is that we expect to make around 12,000 hours of flying, the figures not seen at this school since its founding. You can suppose how much effort is needed have in the entire organization in order to have a qualitative training at the end in compliance with all relevant standards, said Mr Mirko Vranic director of SMATSA Aviation Academy in an interview for the magazine Biznis, adding that for this year there is a legal obligation regarding the harmonization of standards which in completely follow the developments in society and preparations for joining to the European Union.

• How many people participate in the overall organization and activities in Aviation Academy?

– 40 people are employed at the airport and maintenance as a support. It a satisfying number compared to other similar organizations. We have 20 flight instructors,7 -8 mechanics up to ten with engineers, ten theory instructors while in maintaining the airport infrastructure another ten people are engaged.

• How much was invested in the mentioned reorganization and renewal of the Academy?

The fleet was renewed, 8 brand new aircraft were bought. Regarding the infrastructure, we invest on a daily basis – grass mowing and fuel consumption. In all mentioned above we invested money which is calculated in the price of aircraft flying hour. In any case, the published price of the training courses fully economically justified.

• What attracts foreign students to come in Vrsac?

– The reasons are manifold. Rarely has any flight training institutions in Europe had such a fleet – we are the second largest in Europe regarding the fleet. We have flight instructors, new planes, three runways for takeoffs and landings, Air Traffic Control, completely controlled air space and organized accommodation. After all, there a rich tradition of the town of Vrsac, because many foreign pilots were trained at this institution.

I think that we continue to represent this school in the true sense and that we will enroll more students next year – concludes the director of Vrsac Flight Academy, Mr Mirko Vranić.

The most modern equipment and experienced professionals

The Academy is equipped with most modern training aids and equipment: beside aircraft, there are different types of navigational aids installed at and in the vicinity of an airport, as well as the state of the art flight simulator that can be a replacement for over 40 % for certain phases of flying, cabinets, classrooms with the most sophisticated training aids, computers and the up to date literature. SMATSA is certified to conduct training for 15 different types of licences, among which, the ATP(A) integrated course, is the most popular. After finishing theoretical training, it enables pilots to do the type rating on a certain type of plane such as Boeing, Airbus, Foker, Bombardier.

Technical maintenance is done by an experienced team of professionals who are certified by the Serbian CAD and specially trained at the aircraft manufacturer. They also provide maintetnance for the third parties from all European countries.

SMATSA Aviation Academy is the certified center for the English proficiency check for both pilots and controllers who must pass this test since 2011. Up to now, more than 700 pilots from Serbia and neighbouring countries have been checked.

Vrsac aviation has a long tradition. First flight performed from the slopes of Vršac hills was done in 1912, only nine years after the Right brothers. Glider flying started in 1934 and in 1954 Vršac became Federal Aviation Center in ex Republic of Yugoslavia. This center became Jat Flight Academy in 1972 and the airline pilot training started, for the needs of the country as well as for foreign countries and airlines. SMATSA took over JAT Flight Academy in 2010 and continued with this tradition. It also overtook all the activities to maintain and improve the level of services provided in Aviation Academy. 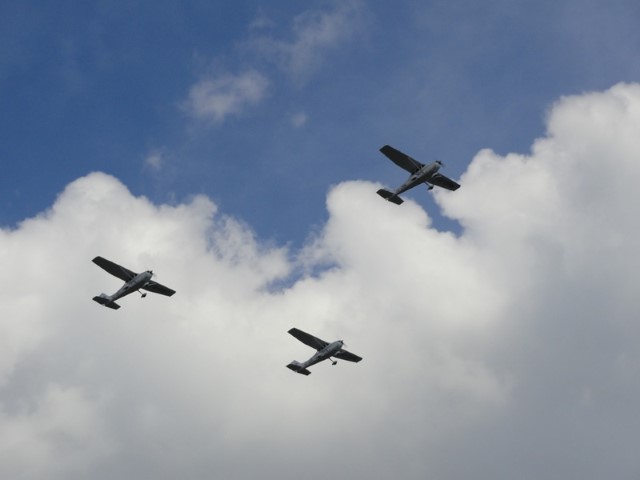 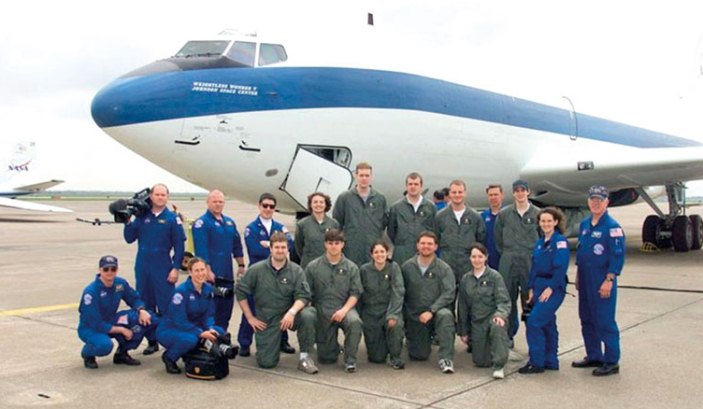