SMATSA has demonstrated its professionalism in efficient resolution of emergency situations and provided for the emergency landing within the shortest possible time without endangering the safety of other aircraft and no extension of their flight time. 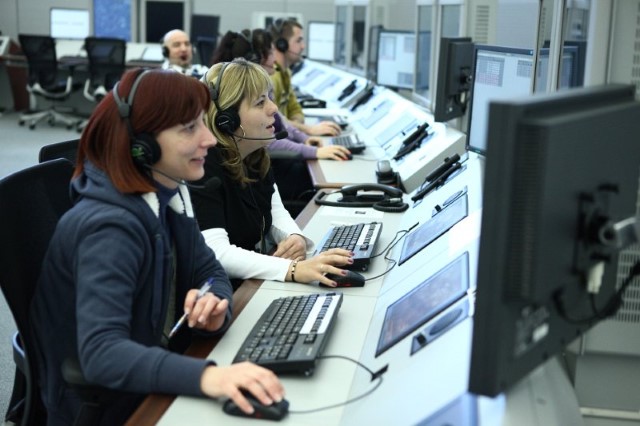 Today, the Danish Jet Time airlines Boing737-300 aircraft has performed an emergency landing at “Nikola Tesla” Airport in Belgrade due to a passenger epileptic seizure during the flight. The passenger who got sick on board is the Danish citizen, S.P. (62).

Adhering to the emergency and well exercised procedure, the aircraft landed safely in Belgrade at 14:00, the passenger was medically checked and transported by ambulance to the ER where he was treated and then, in a conscious state, transferred to Neurology Clinic. He was retained there for further medical analysis.

The aircraft was flying on the route from Turkey to Denmark and while overflying Serbia, the Captain requested the clearance for emergency landing via shortest possible route. SMATSA Llc ATCOs performed a rapid intervention and the other traffic consisting of 109 aircraft flying at the time within the airspace of their jurisdiction were diverted, so the aircraft could be granted clearance and guidance for priority landing since the passenger was unconscious.

SMATSA has, once again, demonstrated its professionalism in efficient resolution of emergency situations and provided for the emergency landing within the shortest possible time without endangering the safety of other aircraft and no extension of their flight time.

According to EUROCONTROL, SMATSA is the second ranked ANSP on the criterion of safety in Europe and it controls the airspace in Serbia, Montenegro, part of the international waters of the Adriatic Sea, and 55 percent of the upper airspace of Bosnia and Herzegovina.

NextVršac trained more than 2000 pilots for the whole world