The greatest volume of air traffic in Southeast Europe

The greatest volume of air traffic in Southeast Europe in the last two years was recorded on Saturday, August 17, 2013 making it the second busiest day so far, in view of the number of operations.

The greatest volume of air traffic in Southeast Europe

SMATSA LLC: The record number of overflights in Southeast Europe in one day

The greatest volume of air traffic in Southeast Europe in the last two years was recorded on Saturday, August 17, 2013 making it the second busiest day so far, in view of the number of operations. Air Traffic Control Center (ATCC) Belgrade, as a part of SMATSA LLC, has proven its leadership in the region, being absolutely the busiest ATCC in this part of Europe when it comes to the volume of operations. This achievement is even more significant taking into account that Air Traffic Control Center Belgrade provided air traffic control services to the record number of aircraft, constantly keeping high level of safety and preventing commercial aircraft from being delayed even for a second.

Services offered by SMATSA LLC are regulated according to the internationally agreed rules. SMATSA LLC provides services to about 550,000 commercial aircraft on an annual basis. This number should be increased by a great number of sports, military, training and other flights within the area of its jurisdiction.

According to the operational capacities and safety level, SMATSA LLC, i.e. Air Traffic Control Center Belgrade is the leader not only in Southeast Europe. As per its level of safety, SMATSA LLC has, for several years now, been ranked second among around fifty similar centers in Europe by EUROCONTROL – the European Organisation for the Safety of Air Navigation. 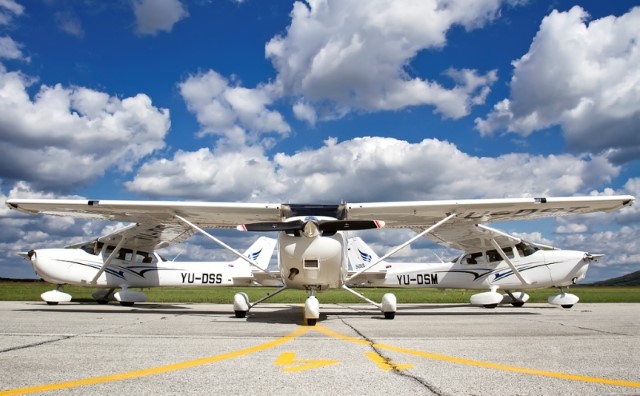 PreviousOpen Competition for the Enrollment of Pilots