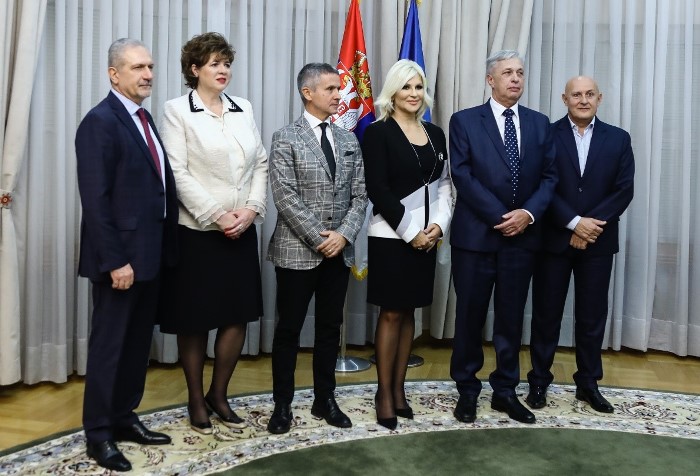 Today, in the building of the Republic of Serbia Government, the Contract on Construction of SMATSA Annex to Air Traffic Control Centre Building in Belgrade together with modern, 75 metres high TWR building was signed.

Serbia and Montenegro Air Traffic Services SMATSA Llc CEO, Predrag Jovanović and “Energoprojekt Visokogradnja” Company’s Director, Zoran Mihailović signed the Contract in the presence of Deputy Prime Minister of the Republic of Serbia Government and the Minister of the Ministry of the Construction, Transport and Infrastructure, Zorana Mihajlović.

The total amount of the Contract value is 17.5 million EUR and the first construction works will start immediately after New Year’s holiday.

“Two years ago, SMATSA initiated a comprehensive System’ modernization process, and today the Contract was signed for the biggest and the most important project that will be completed in 18 months, when we expect the works completion”, said Jovanović.

“After 60 years we will have a new tower which will be one of the most modern and beautiful towers in this part of the Europe. The facility will be built on 7,500 square meters in total. This will be smart and energy-efficient building with state-of-the-art equipment so that we can efficiently provide services for increasing traffic at “Nikola Tesla” Airport- he added. It will be connected to the existing Centre building. The tower will be 75 meters high and the dome will spread on 100 square meters.

Deputy Prime Minister Zorana Mihajlović stated that for more than 50 years, a new tower has not been constructed, and it is for sure necessary bearing in mind “Nikola Tesla” Airport development. “The year 2019 for us was a year of infrastructure, we have done a lot in all sectors but I can say that even since 2014 air traffic had been the transportation mean complaint with EU standards. We invested a lot in air traffic, in “Nikola Tesla” Airport, as well as in airport in Niš and Kraljevo, said Mihajlović reminding that there were no investments in air traffic before and that total investment program of SMATSA until year 2023 is worth of 126 million EUR.

The director of “Energoprojekt visokogradnja”, Zoran Mihailović use the opportunity to express his satisfaction with the trust shown to this company, for project realization, saying: “All our capacities are ready and the works will start after the holidays“. 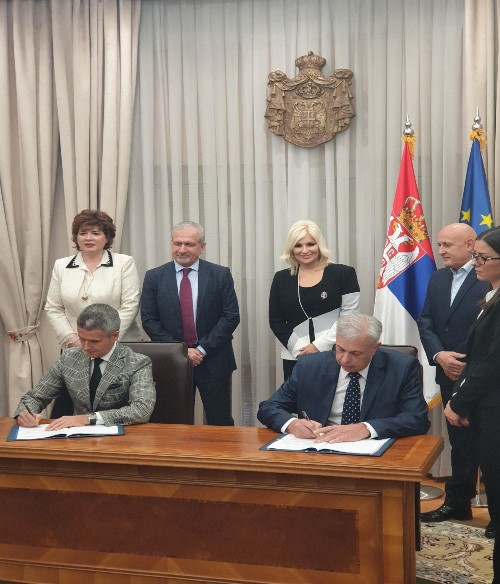 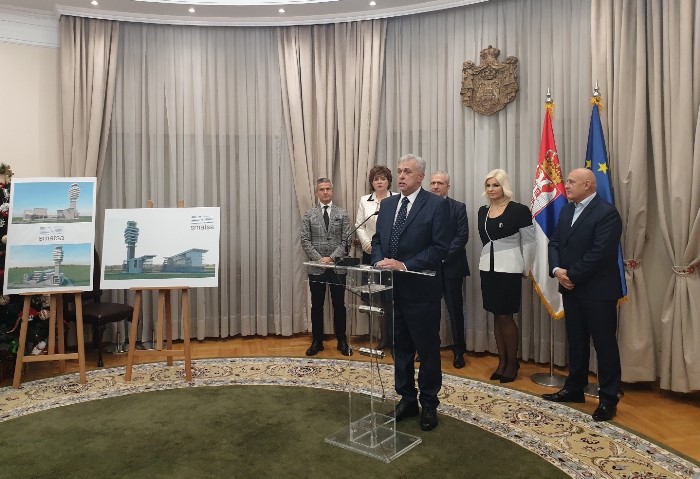 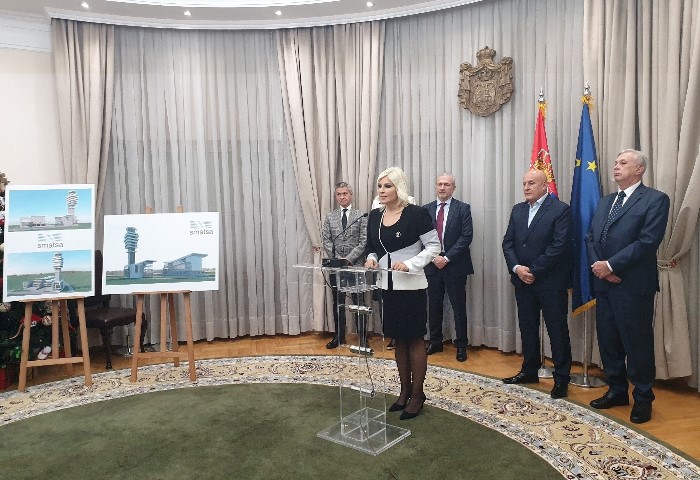